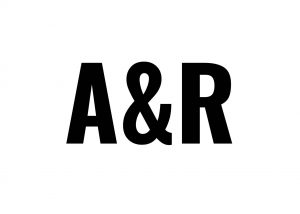 For those who don’t know, my background is in A&R, both in the talent acquisition arena, as well as finding songs for artists. For years I have come across great talent, talent that had the potential to become national, if not global acts, only to watch them die on the vine, partially due to lack of exposure. Maybe I could have allotted a little more time to these acts, but as a publisher, my focus and attention was largely devoted to my writers. With this in mind, Cadium Music adds A&R tastemaker to its services.

And the focus and attention of A&R will begin tomorrow.

From this point forward, I will attempt to point a spotlight on acts that are as good as, if not better than, what’s currently on the charts.

Some of these acts might be affiliated with Cadium Music, but many will not. The point is to give these acts exposure that they can most likely use.

I will not have a “band of the week,” nor will I be blasting lists of bands that I think you should hear. I am very selective and will only spotlight acts that have great songs, i.e., material that can compete at commercial radio and turn a profit for a record label. After my initial mention of said acts, I will only post about them when I believe that something significant has taken place in their career. Should an act move on to bigger and better things, my coverage of said act will taper off (after all, why would you want to read about a band that you’ve already heard of?). And then, I will most likely move on to the next gem. I can’t say for certain whether there might be some overlap by covering more than one act at a time, but my intention is to focus on only one.

My standards are high. A sliver of what’s out there will get my attention. I will not compromise when it comes to my opinion of excellence. It’s what has allowed me to align myself early in the development of acts that have sold over 90 million records worldwide.

I will, of course, welcome your comments, both positive and negative, but my objective, simply, is to help get what I think are the most deserving acts to the next level.

I hope that by giving some acts a mention now and then, it will aide in helping them to become successful, however, some might not get the same results. Regardless of the outcome, I will at least be able to say that I attempted to help bring great music to the masses.

Lastly, to keep things simple, my posts will largely be right here on the Cadium Music Publishing blog page, but will post about these acts on the Cadium Facebook, Twitter and Instagram accounts, as well. Thank you. #A&R #findingunsignedmusicaltalent #discoveringnewmusicaltalent #unsignedtalent #tastemakers #hitacts #hitsongs jan@cadiummusic.com