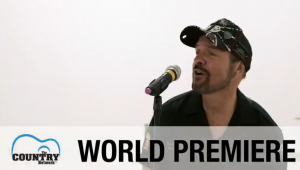 Since signing to Bill McDermott’s Roxy Entertainment Group, Southbound 75 debuts its first video, July 15. “Not Ready to Say I’m Sorry Yet” will premiere on The Country Network.

The video intends to add momentum to the Tampa, Florida-based country rockers, who recently played a live show in front of a live audience (but safely, of course). Hopefully the video will lead to more social-distanced performances in the near future.

The period of the initial lockdown allowed the band more time to prepare the video and set a target date for its ultimate release.

The Country Network has been at the forefront of introducing new country artists and feeds into over 50 U.S. markets, potentially reaching millions of viewers. While it can be a challenge for any artist to remain in rotation, getting added is a significant first step for Southbound 75 in order to reach a wider audience. SB75 made the announcement of the premiere last week and teased the video with a clip. By all accounts, the announcement has been well received.

Video Debut and Beyond

Southbound 75 are not counting solely on the “Not Ready to Say I’m Sorry Yet” video to open up new markets, but the band do intend to use the video as a tool as part of their strategy to grow beyond the southeast. As mentioned in previous posts, the guys have been working with various booking agencies in the region. Hopefully this will lead to live dates that will help boost awareness and build popularity. While the virus has thrown a curve into the general plans of a typical album cycle, “Sorry” will be the focus track for the band well beyond the summer. When Southbound 75 debuts its first video since the REG signing, it will also be exciting to watch the production company, publicity and the band work in concert toward making the video debut a splash.