Piel Releases “Easy As It Feels” 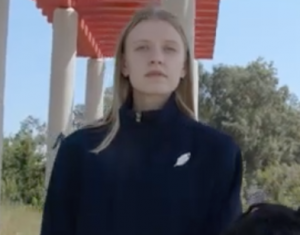 On the heels of their latest track, “Custodian,” Piel releases “Easy As It Feels” as a short film. British actors, Adam Fielding and Poppy Lee Friar produced the video. The tandem took lead singer Tiki Lewis’ very personal lyrics and created a vignette that offers hope through harrowing times. Friar directed the clip.

ACTORS MOVE BEHIND THE CAMERA

Fielding and Friar may not be very well known in the U.S., but in their native England, they have quite a track record.  Friar’s role as Jayne Torvill in “Torvill and Dean” is one of several of her stand-out performances. Both actors were in the successful television series, “Ackley Bridge,” among other projects. The two formed Poppy Field Productions and “Easy” is one of their latest projects. The UK transplants befriended Lewis and Piel bassist Jonathan Burkes by chance. Soon an idea for a video was born.

THE STORY BEHIND THE SONG (AND VIDEO)

The gist of the song is about Lewis bracing for the moment when she is informed that her mother has passed. The two were very close and Lewis’ mother was terminally ill. The song conveys the impending sadness and the path through a difficult time. Friar and Fielding take the emotion of the song and apply it to last month’s riots in Los Angeles and it’s aftermath.

Friar was struck by “Piel’s serene and moving song,” and adds that it, “evoked the appropriate feeling to accompany the troubling and political visuals I had in mind.” The parallel between song and video can be drawn after noting Fielding’s character as an angel visiting Earth for the first time and taking in it’s darker nature, but with hope for the future.

“Easy As It Feels” begs to be a multi-format hit at radio. The track could work at Pop and Adult Contemporary, as well as Modern Rock (depending on how the band is introduced to the format), should it be marketed and promoted properly. Cisco De Luna (a Cadium writer) produced the track, creating a smooth, calming aura, aided by a light-synth flowing throughout the song, which juxtaposes nicely against the mostly morose tone of the story.

Piel releases “Easy As It Feels” when the world is faced with a rare uncertain moment in history, but keeps its eyes focused on the light at the end of the tunnel. 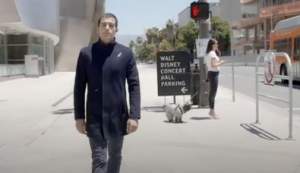