Southbound 75 to Reach a New Level in Its Career 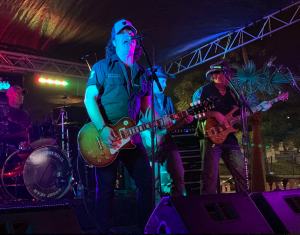 One of the silver linings of the COVID pandemic is that not all states have consistently locked down their bars and live music venues. If you speak to live acts in California, for example, many will tell you that they are not happy being cooped up in their living spaces and not being able to unleash their creativity in front of their fans. Due to Florida guidelines, however, the state has allowed country rockers Southbound 75 to reach a new level in its career.

In case you haven’t been following the story, Florida has a different attitude toward quarantines and lock downs. And this is where Southbound 75 comes in.

The country act began stringing together dates last year all over the Sunshine State, from Tampa (the band’s hometown) to Jacksonville, Key West and places in between. So when COVID reared its ugly crowns, the state took a mini holiday in comparison to states like California and New York and then basically re-opened.

From a health standpoint, Florida appeared to be reckless and self-centered, however, Southbound 75 created some hard boundaries to protect themselves from the virus (coupled with the same for venues), which allowed the band to continue their roadshow throughout the state.

The momentum from last year grew into more dates and higher guarantees. Couple that with their single and video, “Not Ready to Say I’m Sorry Yet” (over 100,000 views, so far on Facebook), the band reached that certain plateau that every musical act wishes for: demand by venues and show promoters to book them.

If you’re wondering when I’m going to get to the point, we’re finally here.

SB75 have done a lot of the thankless work to get themselves to where they are now as a regional unsigned act. The thankless work includes playing covers for several hours a night, playing in inclement weather (i.e., heavy rain), admittedly playing some very poorly attended shows and, frankly, opening for some other regional acts instead of making them a co-headliner. These obstacles can run an act off the highway, but the country rockers endured and their work has lead to bookings well into next year.

Speaking with band founder/singer/songwriter/guitarist, Mark Lorenzo, he admitted that he could have booked the band even more with venues that find the band to be a hot ticket, but he wants to ensure the group is available for possible spring and summer festivals next year (depending on the status of the virus, of course).

With all the elements that are required for success, the key ingredient in all of this is the performance and/or the songs. Southbound 75 found that combination in their song set, stage presence and the overall personality that engages audiences and then draws fans to the merch table.

SB75’s efforts have also merited them a few citations, including being chosen 2019’s favorite country act by the Tampa Bay Music Network.

One of the building blocks to the band’s success, so far, has been the hiring of Bernard Porter of PCG Universal. Porter introduced Southbound 75 to various people in the country music industry, including famed Nashville producer, Bill McDermott, Will Muse of Will Muse Media and publicist, Jason Ashcraft. McDermott took the band’s songs to another level and the work done by Muse and Ashcraft has been paying off. Muse has helped to increase the band’s social media presence, which was once stagnant, and the quintet has picked up some specialty airplay that they wouldn’t have normally been able to capture on their own, through Ashcraft’s efforts. 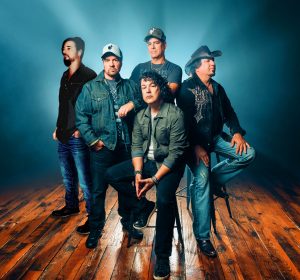 In order for Southbound 75 to reach a new level in its career, the band must build itself up to be a consistent headliner throughout the state, connect more dots (more radio, press, new audiences) and then duplicating the process in surrounding parts of the south.

Could SB75’s fortunes suddenly become unfortunate? Yes, there’s always that risk, but for now, the band are doing all the right things.

The post Southbound 75 to Reach a New Level in Its Career appeared first on Cadium - Music Publishing.